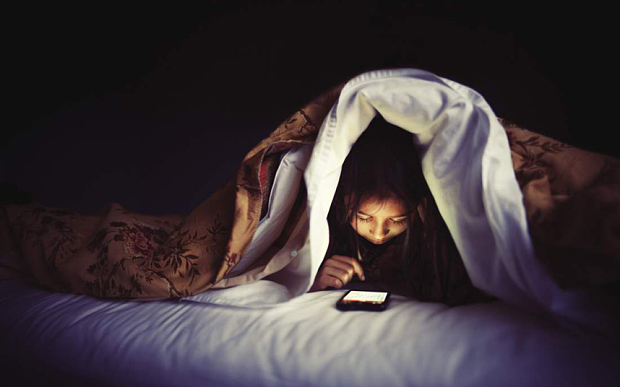 “Lights out” is a very common phrase meant simply to imply that it’s time to go to sleep. In days past, our ancestors lived their lives according to what was a naturally determined version of “lights out” – typically rising with the sun and turning in when it set. Over the last century, however, we have been given far more control – now able to not only artificially and technologically manipulate our light exposure, but prolong it to such an extent that some of us live our lives in a state of nearly 24/7 light exposure. Given this fact, along with all we now know about what it takes to get a good night’s sleep, it occurs to me that it’s high time for “lights out” to be seen in a new light.

The fact of the matter is a whole lot is known about light’s impact on our likelihood of getting a good night’s sleep. The potential problems and pitfalls of living in a world of electronic devices and ubiquitous screens give new meaning to the description, “light sleeper.”

According to the National Sleep Foundation, 90 percent of people in the US admit to using an array of technological devices – from TVs and tablets to smartphones and laptops – during the hour before they go to sleep. The problem with this tech-heavy approach, simply put, is that darkness matters. Insufficient darkness not only delays the onset of sleep, but also leads to more frequent and prolonged wakenings. Light exposure is one of the most powerful signals in our environment when it comes to setting the body’s internal clock – a biological “clock” responsible for determining our sleep-wake cycles (also referred to as circadian rhythms). Keeping in mind this simple concept, the reasons for the following common sleep-enhancing tips should become both more obvious and enlightening.

The bottom line is that sleep is something we all do, and that we all need. It is also one of those key aspects of our everyday lives that all too often gets too little attention…that is, until we find ourselves fatigued. Representing much more than a casual expression, “lights out” now represents a succinct yet valuable piece of advice that, firmly supported by the latest in sleep science. It is my hope that by shedding some light on this important issue, you will see the value of turning out the lights, shutting off the screens, pulling the shutters and, at least in this particular instance, choosing to remain in the dark.