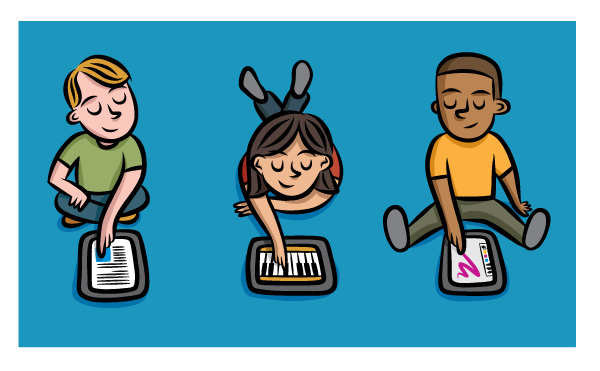 As someone who spends most of my waking hours dedicated to finding and promoting the best ways to raise children to be happy, healthy, well-educated and successful adults, I feel compelled to say that reality television is definitely not it. I realize that this sounds dangerously close to stating the obvious, but I would argue only in the same way as pointing out that the emperor is, in fact, not wearing any clothes.

To make use of language from the reality TV lexicon, “at the end of the day” what we now have – for better or for worse – is an immensely popular and pervasive form of television that is so far from reality that it begs the question of why on earth we still call it reality TV.

At this point, I should clarify that it’s not like reality TV only recently just hit my television screen for the first time. Having all but taken over the airwaves since it first burst onto the scene in the early 1990’s in the form of MTV’s The Real World, it has since invaded my home just as predictably as it likely has yours. It’s bad enough that grown adults (myself included) find it hard to look away. What concerns me even more is that “reality” television is working against us as parents, unless you happen to firmly believe in excessive drinking, lying and deceit, premarital sex, frivolous spending, catty fist fights, racist and/or sexist remarks and worse. Scoff if you like, but reality television is making these behaviors seem commonplace, and thus providing a terrible filter through which our children are learning to see the world.

Now I’m not the first (or the last) to note irony in the fact that we persist in using such a blatant misnomer to describe the genre. But I felt particularly compelled to share my mounting concerns when the admittedly hard-not-to-watch Bachelor franchise decided to have the admittedly suave bachelor-du-jour surprise his legions of fans at their new-season viewing parties. In case you missed the episode, there were plenty of 20-something women glued to their sets, and they predictably squealed and swooned with cameras rolling when the new bachelor dropped in to join them unannounced.

What really got me, however, was when pig-tailed girls who looked all of thirteen at best, gushed into cameras that the reason they love said bachelor, and the whole Bachelor franchise for that matter, was because it gave them proof that prince charming and true love really do exist, and that dreams really do come true (or something to that effect). I’m sorry, WHAT?? This is when my protective parenting and pediatric defenses collectively kicked in. Since when did watching 27 evening gown and/or bikini-clad women use their feminine wiles to compete for a man become as acceptable as, say, a pajama party?

At one time, I would’ve hoped that what I’m about to say would be obvious, but now more than ever I’m concerned that the point has been lost in two decades worth of reality TV channel surfing: Reality is what we make of it, and as parents (much less a society), we have both the opportunity and responsibility to shape how our children view it. To this noble end, reality TV is not helping – at best giving us more teachable moments about how not to live than we could possibly ever need.

Reality – in the real sense of the word – does not mean that every action one takes needs to be neatly summed up as a step in one’s life journey, or summarized in an “end of the day” soliloquy. Reality does not require every pound gained or lost or tear shed to be broadcast, nor should it involve stopping conversations mid-scene to turn to the camera and narrate to the public one’s every thought, feeling and emotion. In fact, reality should not include perpetually having cameras pointed at one’s face (unless said camera is held by one’s mother, I should add for the sake of not having this used against me by my children). Reality does not (for all but the very few who aren’t likely to read this, anyway) involve first or second or third dates in exotic lands or carefree lives limited to gyms, tanning and laundry.

And here’s the kicker. You may think all this is obvious, or harmless, or simply not a big deal. But as with the viewing of television violence, we now know too much about the insidious nature of these sorts of images and their ability to shape the way our children see the world to ignore what’s right in front of our children’s faces on a 24/7 basis. I’m not by any means saying that adorable Juan Pablo is single-handedly responsible for bullying or poor body images. But what I am saying is that what we allow our children to watch – day-in and day-out, matters. And words matter, which brings me back to my point that we really should stop calling it “reality” television!