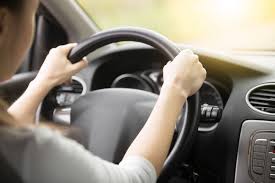 News of teen car crash victims invariably get me choked up, but I have recently found myself thinking even more than usual about teenage drivers. I’m sure this is in large part due to the fact that my oldest child has now started talking about what car she hopes to drive in the not-too-distant future. I’m pretty sure it’s also because of the recent news detailing the incredibly sad local story about teenage sisters involved in a fatal crash. But to be honest, this time of year always makes me think about the risks involved in newly licensed teens getting behind the wheel. I’m not sure why the time of year should make a difference – since the premature death of a teenager is without exception a horribly sad occasion in any season. But there’s apparently something even more devastatingly newsworthy about covering the senseless loss of life when it happens on prom night or just after graduation when teens should be excitedly preparing to embark on their future, not being laid to rest.

Needless to say, my heart always goes out to the families and friends of the more than 3000 teens who die in motor vehicle crashes each year. At the same time, my thoughts also turn immediately towards helping make sure you and every other parent (myself included) know what parents can do to protect our own children from such a tragedy.

It’s important to start by being aware of just how common it is for teenagers to be involved in motor vehicle crashes. Not only do car crashes continue to rank as the number one cause of death for teens, but 16 to 19 year olds are four times more likely to be fatally injured than 25 to 69 year olds.

Having said that, I feel the need to assure you (and my own teenagers, if they happen to read this) that my goal here isn’t to convince you that you should take away the car keys until your child reaches the age of 25. Rather, it’s to tell you that there is good evidence to support the notion that what you do as a parent, including the limits you set when it comes to your teen’s introduction to driving, is exceedingly important.

So what can you do to limit your teen’s crash risk? The good news is there’s actually a lot you can do.